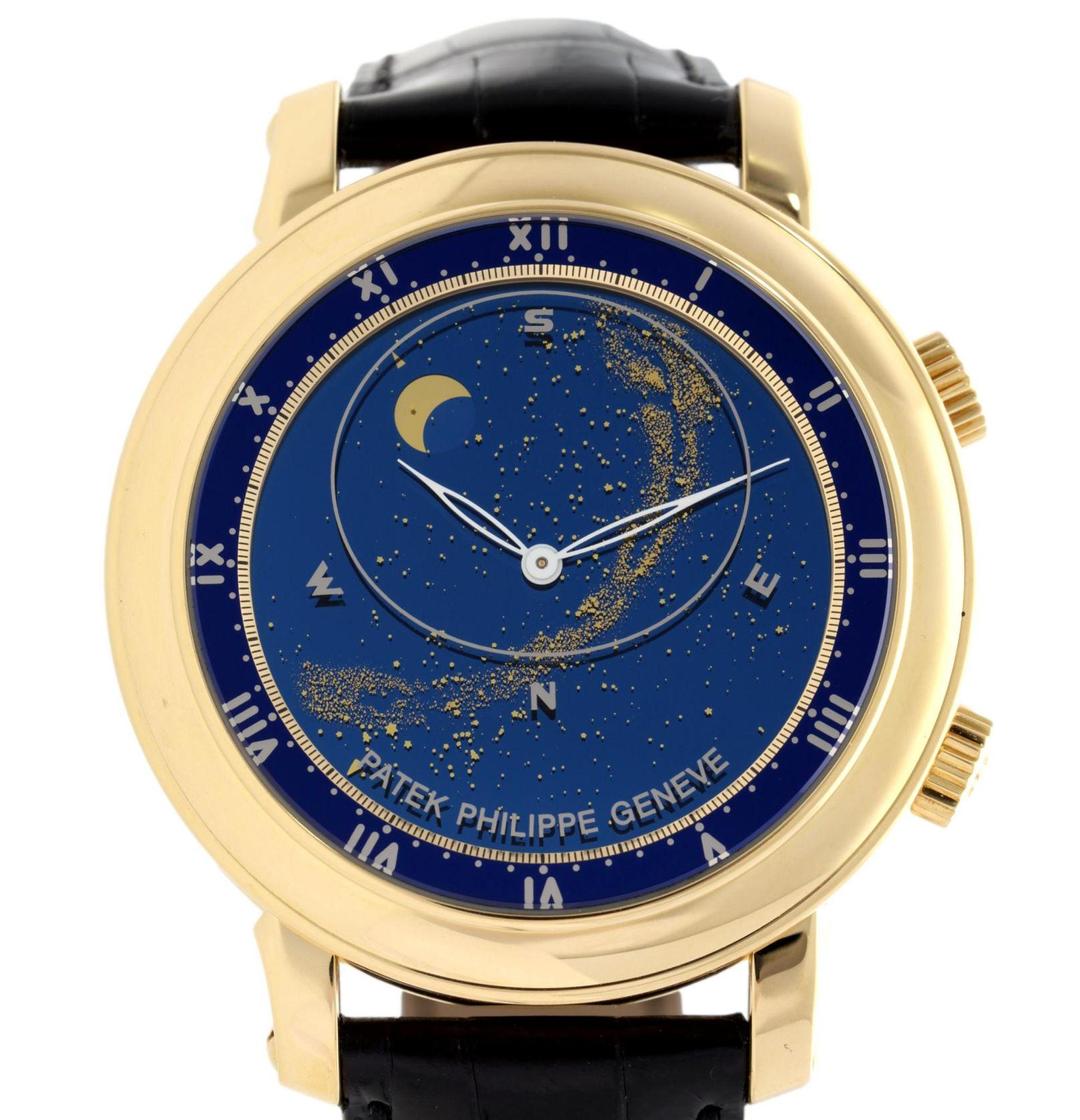 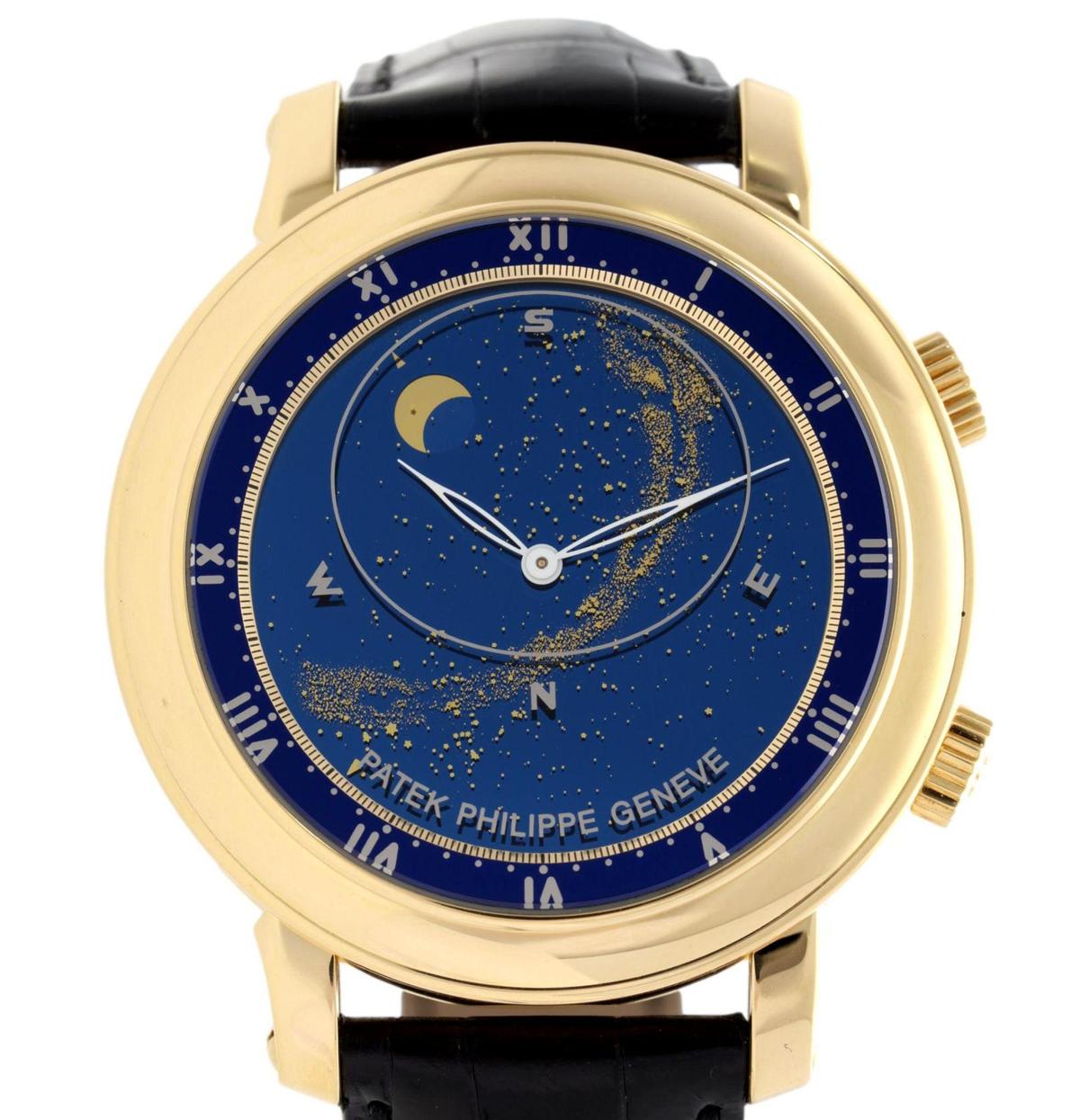 5102J-001 | Celestial Collection: Celestial Model reference: 5102J-001 Case/Size: Yellow gold, 43mm Dial: Black sapphire-crystal disks for sky background & moon phases Movement: Automatic winding Functions: Sky chart, phases & orbit of the Moon Specificity: Discontinued model Condition: Very Good In 1989, to commemorate the 150th anniversary of the manufacture, Patek Philippe developed what is one of the most complicated portable timepiece in the world: the Calibre 89 with 33 complications but half a century ago in 1932 they had built the “Henry Graves Supercomplication” which had at that time 24 complications. Then in 2001, the mighty reference 5002 Skymoon Tourbillon was launched, composed of twelve complications including a second dial. The following year, Patek introduced the incredible reference 5102P-001, named “Celestial”. The first astronomical Grand Complication with a sky chart, phases and orbit of the moon and time of Meridian Passage of Sirius and of the Moon, with the very first time a rendition of the northern hempishere’s sky. 5 years later, a yellow gold case under reference 5102J-001, was introduced produced only from 2007 to 2009 and platinum discontinued after 10 years of production. 2012 saw the release of the updated reference 6102P-001 which includes a new 43mm case design and a date function by hand, powered by the self-winding caliber 240 LU CL C. The present reference 5102J-001 is a rare beauty in yellow gold, produced in extremely low numbers. It features a highly sophisticated mechanism displaying the astronomical indications of the nocturnal sky with the movement of the stars, the position of the moon, and its progressing phases within a lunar cycle, allowing the wearer to admire the progression of the stars while observing the mean solar time on the wrist. The transition on the dial is an immersive experience. The crown at 4 o’clock controls the sky chart, lunar orbit and moonphase. This celestial phenomena is encased in a 43mm yellow gold case housing the manufacture Caliber 240/165 automatic movement which can be admired through the sapphire caseback. A 45-jewel movement featuring a Gyromax balance and a 22K gold micro-rotor, the finishing on the movement is as spectacular as the dial itself. Offered on a black alligator strap with 18k yellow gold.