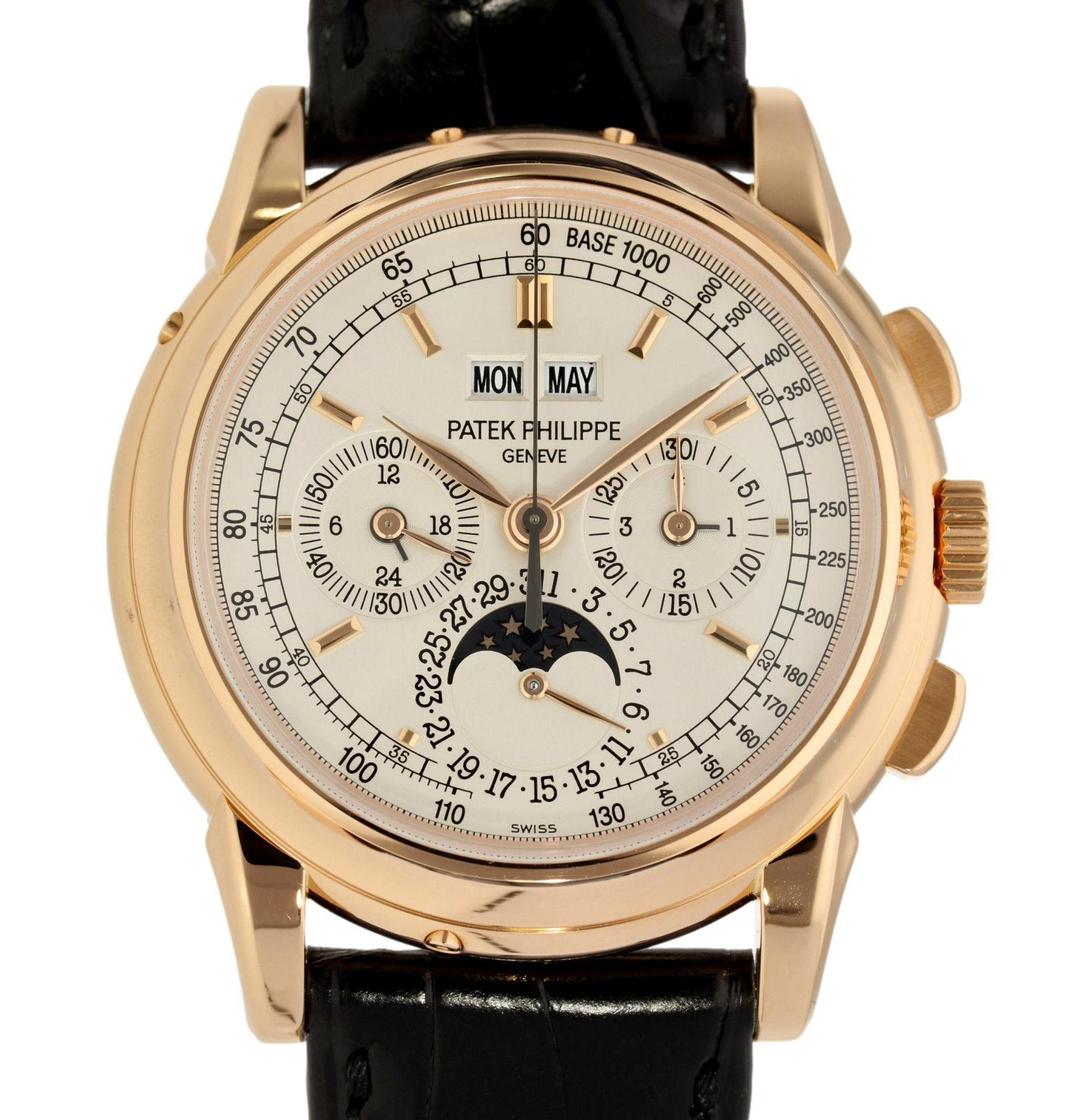 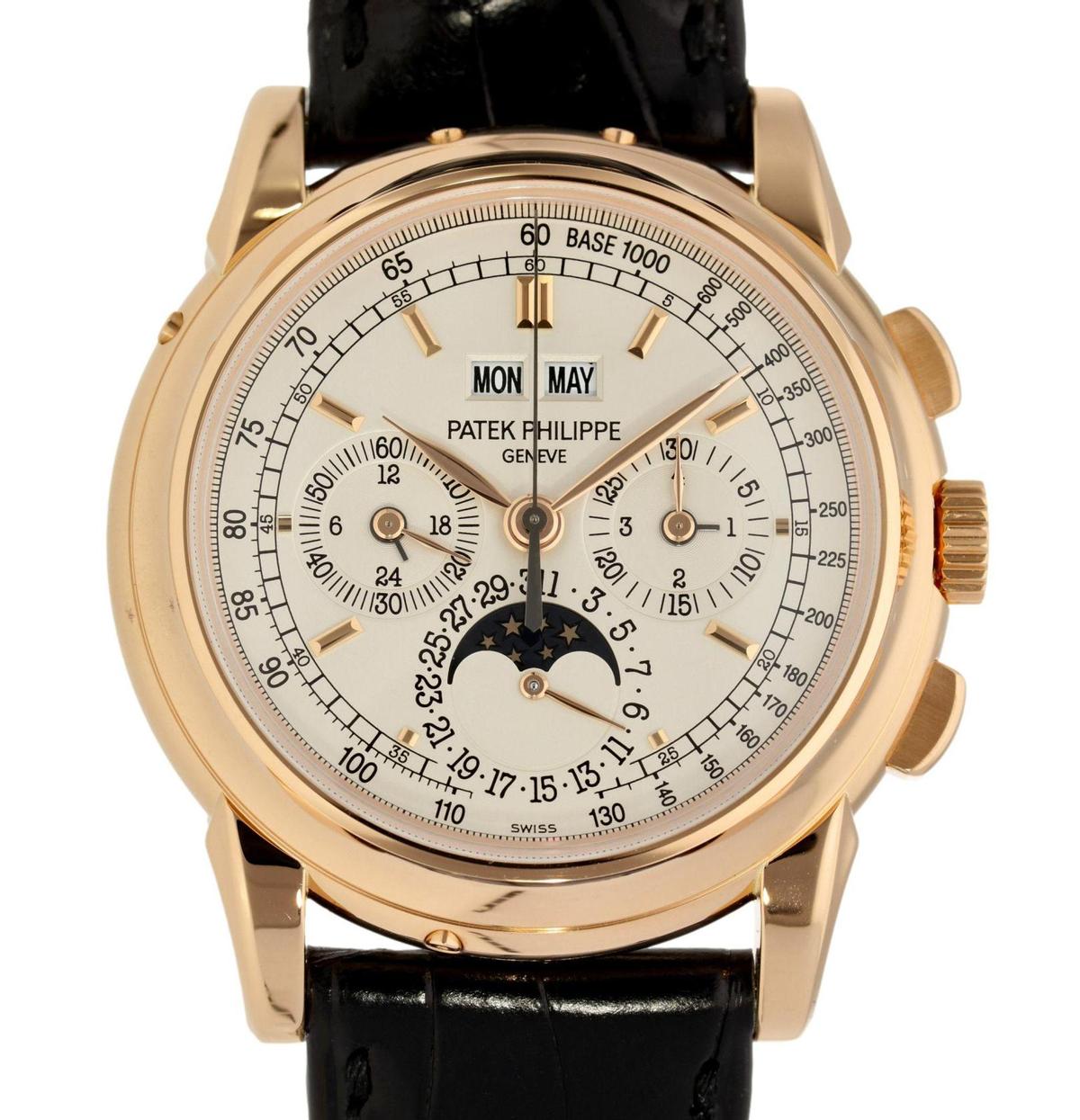 The perpetual calendar chronograph is, arguably, the most important watch in Patek Philippe's history. I would certainly argue that point and I wouldn't be the first (or the last). It all started with the reference 1518 back in 1941, and from there evolved into the 2499, 3970, and, eventually, the watch we have here today. The 5970 was produced from 2004 through 2011 (when the 5270 replaced it, introducing Patek's own base chronograph to the line). It has a 40mm case that's a tad on the thick side at 13.5mm, but you can forgive the girth considering all that's going on inside. For the entire six-plus production run (the shortest of any Patek perpetual chrono, by the way), there was a single dial series and a single case series, so there's no minutia of first vs. fourth series to worry about, as with some of the longer-produced predecessors. The 5970 is powered by the same movement that appeared in both the 3970 and the TV-shaped 5020. It starts with a heavily-modified Lemania base movement – Patek went so far as to alter the balance and other key components, for example – with Patek's perpetual calendar works on top. It's finished beautifully (as you'd expect) with incredible steel work, crisp bevels, and a proportionally large balance that dominates the view through the sapphire caseback. This movement is one of the more historically significant for Patek, and finding it in what is otherwise a very modern watch is special.