4.7 rated excellent based on customer reviews 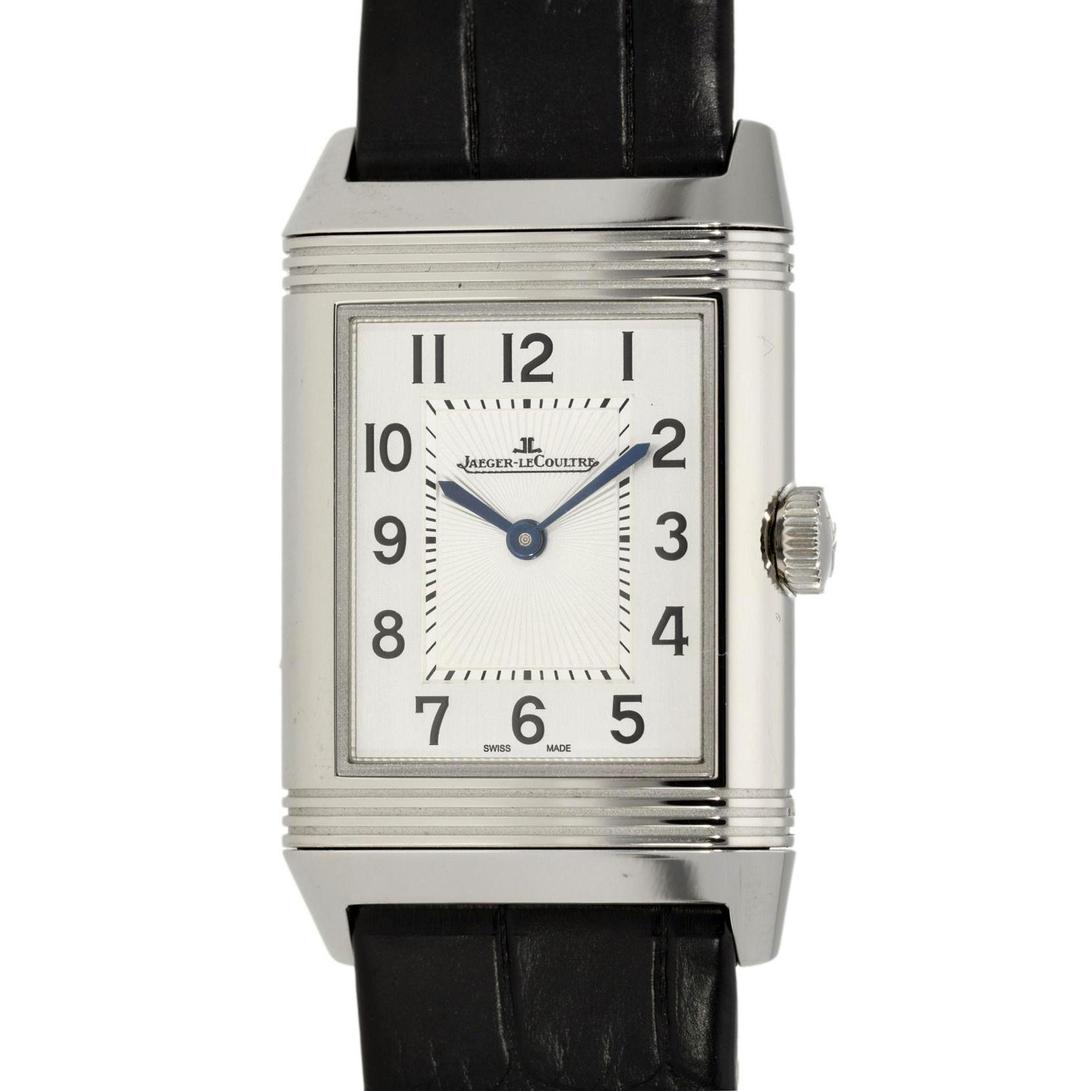 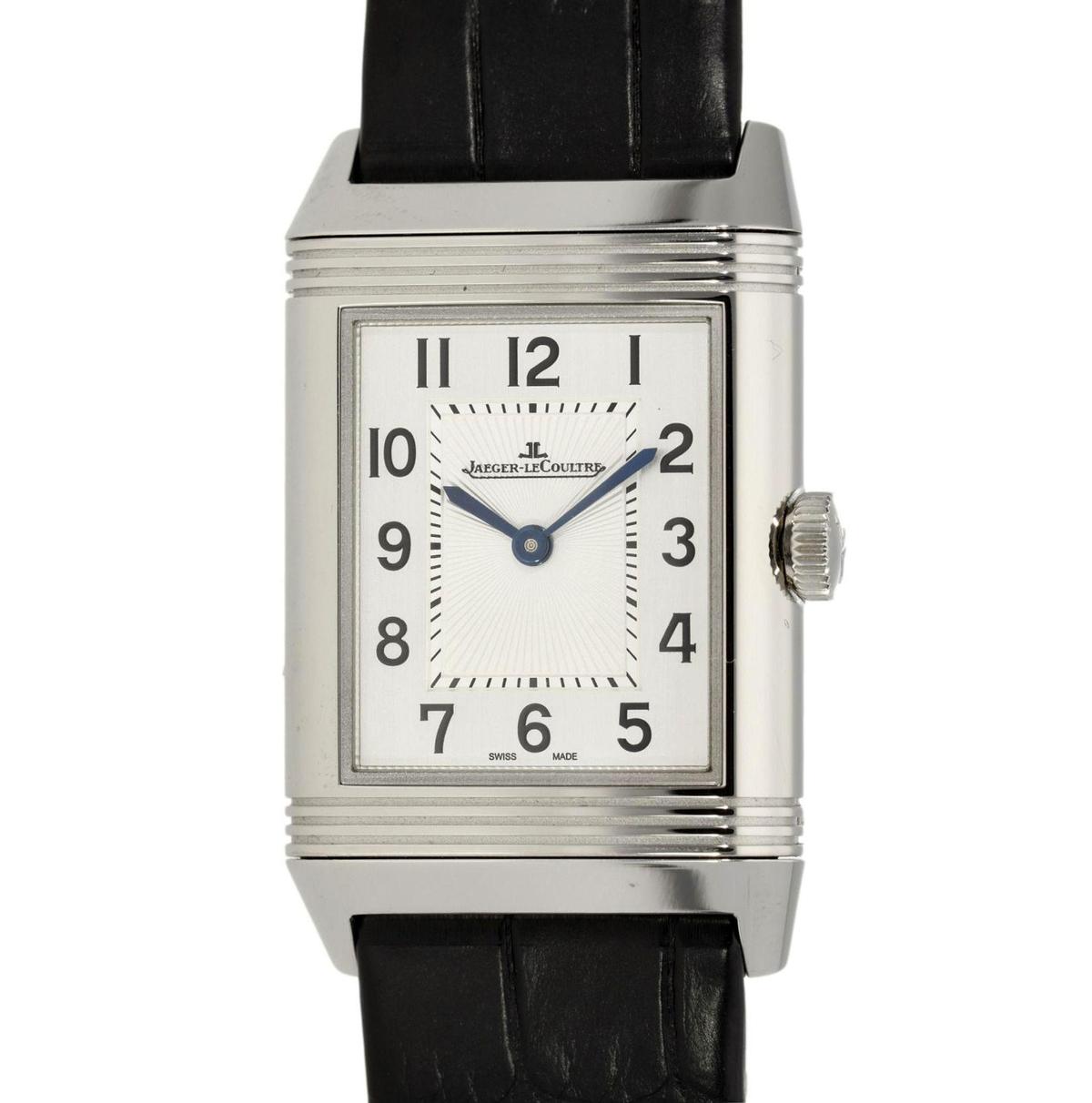 The watch is first sent to Relleb and authenticated by hand by an experienced Jaeger Le Coultre watchmaker. The outcome of the assessment is documented in a detailed report.

The machinery inside a watch that keeps things ticking is called the movement or a calibre. A synonym of size, the word ‘calibre’, first used as a watchmaking term in 1715, originally referred to the build of a watch movement—the layout, dimensions, shape and size of the wheels, barrels, bridges and so on. Today the word is a substitute for movement, the complete mechanism with the mainspring, escape wheel, bridges, gear train, and other components, including the rotor in automatic watches. Calibres are either mechanical or quartz-based. While the latter are powered mostly by a battery, the former can either be manual winding, or self-would by an oscillating mass or rotor. ABOUT THE JAEGER-LECOULTRE REVERSO COLLECTION HISTORY Jaeger Le-Coultre has a rich history when it comes to the Reverso, replete with well kept manufacturing secrets, dramatic successes and poignant moments. The idea for a “wristwatch which can slide on its base and flip over on itself” was birthed in 1931 at a British army officer’s club during a polo match. Watch collector Cesar de Tray was challenged by an officer who had broken his watch at the polo match. The challenge was to create a watch resilient and sturdy enough to endure a polo match. Thus was created the unique slide and flip mechanism that popularized Reverso watches and made them a sensation. A robust flipback watch with ultimate shock protection and a broad case back which could be personalized was the result. The backs of the watches usually held engravings or enamel miniatures of the customer’s choice. In 1936, a rare Reverso watch carrying an Indian Maharani’s portrait at the back became one the best kept secrets in its history. FEATURES With the popularization of round watches in the 60’s, there was a general decline in Reverso demand. However the collection made a memorable come back in 1985 with an elegant make-over along with water resistance added to its bonnet. The new Reverso could now be swivelled in any direction and ascended to the title of the most complicated case in the history of watch-making. Innumerable technical improvements and design leaps have been introduced to maintain the level of sophistication this watch portrays. An 8-day double barrel was incorporated into the Reverso on its 70th birthday providing enhanced precision with over a week’s running power. The world was introduced to the first ever watch to contain three dials driven by a single movement in the year 2006. The Reverso Grande Complication a Triptyque features a mesmerizing portrayal of the three dimensions of time: civil, perpetual and sidereal. To commemorate the 80th birthday of the Jaeger Le-Coultre Reverso line of watches, two classic models were created in the Grande Reverso Ultra Thin line as tribute to the pioneer Reverso modes. As recently as 2011, the intricate detailing of the wristwatch was again taken to astounding heights with the Reverso Repetition Minutes a Rideau model, playing on the back and front case designs for a finer appeal. EVENTS Jaeger Le-Coultre played the role of official sponsor during the 8th Abu Dhabi film festival and was presenting a personalized Reverso watch to the winners of the Best Actor and Best Actress of the Narrative Competition. Thus Jaeger Le-Coultre gifted Alexey Serebryakov, Russian film actor, an admirable engraved Reverso time-piece on his win. -all information provided are from the Internet-